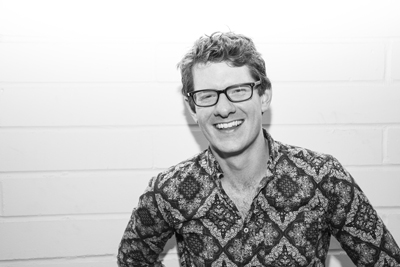 Weekend Box founder Andy Stephenson will be joining us on Twitter for #MIVReveals on Wednesday 22nd March 2017 at 4pm.

Andy founded Weekend Box when he was looking for gift ideas for his four nieces and nephews one day: nothing seemed to embody the mix of healthy living, green and creative content that he feet is so important to child development so decided to quit his job and launch Weekend Box in April 2013.

Prior to Weekend Box, Andy received a BSc in Software Engineering and MSc (Research) in Technology Enhanced Education from Durham University. Having settled on his passion for technology and education, Andy was recognised with his undergraduate dissertation being selected for publication in 2010.

Following university, Andy was asked to become the technology-lead for Zeco Energy - a smart energy monitoring business - creating its entire cloud-based smart-energy monitoring and management system as well as helping the company raise £300k in investment.

Since starting Weekend Box, Andy has guided Weekend Box to multiple award wins (including the Start-Up Loan Company ‘Start-Up of the Year’) as well as oversee the rapid expansion from packing boxes in a living room to two offices and a warehouse with over seven staff. Most recently, Andy completed a £150k partnership deal between Weekend Box and France’s largest bakery retailer, Brioche Pasquier.

Andy is a regular commentator on start-ups and small business issues on the BBC and has most recently invited to contribute to a round-table event at Downing Street around policies to develop greater entrepreneurship in the UK as well as sit on a panel with Sir Richard Branson on ways to kick-start a business. Andy’s passion is in creating innovative, engaging products that allow more in-depth human interaction

If you want to hear more from Andy Stephenson, then tune into our Twitter interview on Wednesday 22nd March 2017 at 4pm, following the hashtag #MIVReveals.

Are you an entrepreneur with an exciting product or service? Get in touch with us at info@miventures.co.uk!